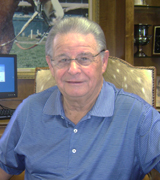 . . .with his sons, Jeff and Chad, brokering refrigerated and frozen freight.

Bob was born in Seagraves, Texas and moved to Fort Worth with his family in 1952.  Bob is a 1957 graduate of Handley High School where he participated in football (All District), baseball, basketball, track, and graduated as Most Popular Student to Succeed.  He attended Tarleton State University 1957-1959 serving as Vice President of the freshman class, member of Social Club - Lords and Commoners, member of Army ROTC and Outstanding Cadet of the year in 1959.  Bob attended, and graduated, from Texas Christian University (TCU) in 1962.  While at TCU, Bob became a proud member of the Sigma Chi Fraternity serving as Sigma Chi Pledge Leader and Sigma Chi Entertainment Chairman.  Bob was also a member of Army ROTC and graduated TCU as 2nd Lieutenant in the U.S. Army.  Upon graduation from TCU, Bob proudly served his country in Germany and received an Honorable Discharge in 1964 at the rank of 1st Lieutenant.

Bob has been married over 32 years, has two sons, one step daughter and two grandsons.  Bob takes great pride and delight in his most important role as husband, father, grandfather and friend. 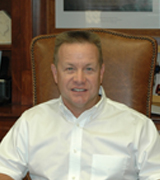 Jeff Blakeman was raised in Fort Worth, TX. He attended Texas Tech University (TTU) and graduated in 1985 with a BBA in Marketing. While attending college, he was active in Greek life as a member of Phi Delta Theta fraternity, competed in body building and was actively involved in campus activities.

Upon graduating from TTU, he worked for Fruehauf Corporation as a sales representative from 1985 – 1988. From there, he fulfilled a lifelong dream to start Blakeman Transportation Inc. (BTI) and did so in December of 1988 along with his father, Bob Blakeman and brother Chad Blakeman.  BTI is a freight brokerage company that moves freight of all kinds over the contiguous United States and Canada.

Jeff has been married since 2005 to Cristina Blakeman and has a daughter Sandra. They currently live in Grapevine, TX and enjoy working out, travelling, cooking, entertaining, motorcycle, skiing (water & snow), tracking cars and the arts. Their favorite location in the world (thus far) is the Eastern Caribbean.

He says he maintains an attitude of “Doing onto others as you would have them do onto you” and holds himself to high standards of integrity, honestly, dependability and ethical and moral values. 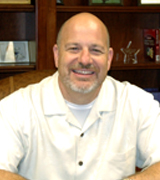 Chad Blakeman has been with Blakeman Transportation since 1992. Throughout the years, he has gained a wealth of knowledge within the industry. Chad’s specialties include Dry Van, Flatbed and Refrigerated freight. Chad has extensive experience with Refrigerated LTL and Import/Export refrigerated foods.

Prior to Blakeman Transportation, Chad graduated from Texas Tech University in 1991. Following graduation, Chad became the Front House Manager for Marriott Hotels. Throughout the years, Chad has served on various boards including the Tarrant Area Food Bank, MW Supply and CMV Council. Chad has a giving heart and enjoys volunteering to make a difference in these organizations.

Chad has been married for over 20 years and has two wonderful boys. His passion is his family and enjoys spending as much time as possible with them. Never one to turn down a challenge, Chad became the coach for his son’s chess club. With little prior experience, Chad led the scholastic chess club to victories across Tarrant County with over 20 First Places finished within 3 years!!!

Chad’s biggest attribute is his can-do attitude! Nothing is too big or small for him to handle and he always tackles problems head-on with confidence. His motto is “life is too short for regrets” so if you see a challenge never let it slip you by! 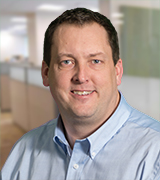 Matt Moore is the General Manager at Blakeman Transportation Inc. He has a degree in Business Management/Marketing and Network Management with over 15 years in Sales and Marketing. He started his career in logistics with RR Donnelley Worldwide DLS. There, he began his career in Logistics as a Sales Representative specializing in. . .

. . .DRY LTL and moved into areas of focus consisting of LTL, TL, Rail, Air, Ocean, Expedited, and Specialized. He then served a short stint in consulting both in logistics and Supply Chain Management. He then returned to RR Donnelley as a Regional Sales Manager. In early 2017 he joined the Blakeman Team to serve the role as General Manager. Focal points are growth, outlook, and expansion. He brings to the team the vision and mentality “if you have never ventured beyond what you know, you’ve spawned your own limitations”. Comfort creates complacency and complacency creates a disadvantage for growth and knowledge in your market. Every day do better than the previous….. You owe it to yourself and those you associate yourself with.

"Tim Rawlings has been the best operations person that I have ever worked with!"  Great job Tim!  We thank you for your hard work and dedication to our customers and us!